I read a post my friend Cassie wrote on Facebook last Tuesday that kept referring to her husband in the past tense. He was this, he was that... surely she was battling with grammatical issues. I didn't want to believe that the past tense was referring to his death. It couldn't be true.

And then it hit me sideways - Sol died. Sol, Ryan's childhood friend who became like a brother to me while we grew up together. Sol, who struggled with life as we all do but always had a smile on his face and was quick to make a joke. Sol, who never stayed angry as he battled with relationships and things that challenged him. Sol, the father of Regan and Sawyer and the little miracle baby growing in Cassie's belly. Sol, who's cerebral palsy outwardly appeared a limiter but inwardly seemed to help him blossom and sculpted him into a loving, caring and accepting person.

I last saw Sol in Seattle in May. I was cleaning out my house in Seattle, reckoning with the ghosts of Ryan as we put the house in the market to sell. I came across a funny paper from Sol, chuckled and sent him a text. He insisted we catch up in person so I drove over to his house late one night and we hung out for several hours. He opened the door with a smile on his face, kids laughing in the background, so much love surrounding him. He showed me his house - the house he and Cassie had way more vision for than I did when they bought it years ago. He transformed it - into a design marvel - all with his own hands. Sol had this amazing ability to see the best in everything - to polish edges, to apply varnish, to work with his artistic hands and put in the effort to create something most of us would overlook or give up on long ago.

It'd been a few years since we last connected. We picked up right where we left off - catching up on life, asking the hard questions, seeing what each other were up to, really checking in. Sol had a way of letting you put your guard down, opening up and sharing with him your struggles and offering guidance to get through things. He listened, he didn't judge, he offered advice if you asked and gently guided you toward laughing about whatever troubled you.

In their basement is a small climbing wall. He built it for his kids to play with but partly in homage to Ryan. He asked what I was going to do with the climbing holds and asked for a couple to put on the wall - a symbolic act and a way to remember someone who touched us all.

I cried for hours after the news sunk in. And I know I'm not the only one. As soon as Cassie's post went up she received hundreds of messages about how Sol had touched them, how broken hearted they were to hear the news.

It's been nearly a week as I write this and I'm still tearing up. Losing someone like Sol is like losing a spiritual guide. I am so thankful for the time I shared with him and mourn the loss of such a great soul. I'm sure he and Ryan are having a great time together.

On Thursday friends and family are gathering at the house that Sol built to celebrate his life. I'm going, armed with the climbing holds that Sol asked for and sad but thankful for the time we shared together.

Promote Your Page Too 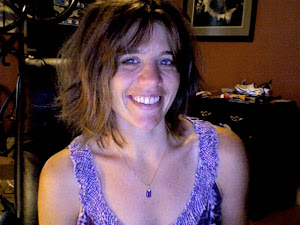